Senigallia, the first Roman colony on the Adriatic Sea, is one of the most sought after seaside resorts on the Adriatic coast with its thirteen kilometers of golden sand, the “famous velvet beach”.

The guided tour of Senigallia starts from the most important monument in the city, the roveresque fortress, a classic example of Renaissance military architecture.
The tourist guide of Senigallia continues in Piazza del Duca, with the characteristic duck fountain. On the square are the Duke Palace, which was built by Guidobaldo II of the Oak as a residence of the court, and the Bavarian palace, dating back to the 14th century and rebuilt with a Renaissance imprint.
The Annonary Forum is one of the most animated and characteristic corners of the city: the building is neoclassical, surrounded by a porch of thirty Doric columns in the brickwork, twenty-four of which form the two side edges and are the central body. Every day there is the fish market, as well as fruit and vegetables.

Senigallia tourist guides lead you along the River Misa, where you can admire the Ercolani portico built in the second half of the 18th century with large blocks of white stone from Istria and erected to host the Fair.
Senigallia’s municipal building was built at the beginning of the sixteenth century; its base is the Fountain of Neptune, whose statue is probably a Roman-era find.

Behind the palace is the Palazzo Mastai of the late 16th century. Here was Pius IX, the Pope of the Italian Risorgimento. The palace houses the museum that collects memories of the great Pontiff with memorabilia of remarkable historical, artistic and religious value.
The tourist guide of Senigallia will show you an interesting place of worship: the Church of the Cross, built in the early ‘600. The rectangular interior, rich in Baroque decorations, houses the “Deposition” of Barocci.

The guided tour of the Senigallia tourist guide ends with the famous “Roundabout to the sea”, a circular platform built in 1933. Already in the mid 1800’s, at Bella Epoque’s time, a first wooden platform for hydrotherapy activities and recreational ones, from which the Bagni Marittimi plant was opened. You can continue your guided tour with Senigallia tourist guides, discovering the archaeological area and Museo La Fenice or the Museum of Modern Art, Information and Photography, which keeps a collection of photos by Mario Giacomelli, born in Senigallia is considered one of the largest Italian photographers of the second half of 1900. On a hill, 2 km from the center, stands the church and the convent S. Maria delle Grazie. In the church was buried in 1501 Giovanni della Rovere; the monastery now houses the history museum of the Mezzadria “Sergio Anselmi”.

Senigallia is famous all over Europe for the “SUMMER JAMBOREE” the rock ‘n roll fesstival ’50 that in 2017 has reached 18 years. 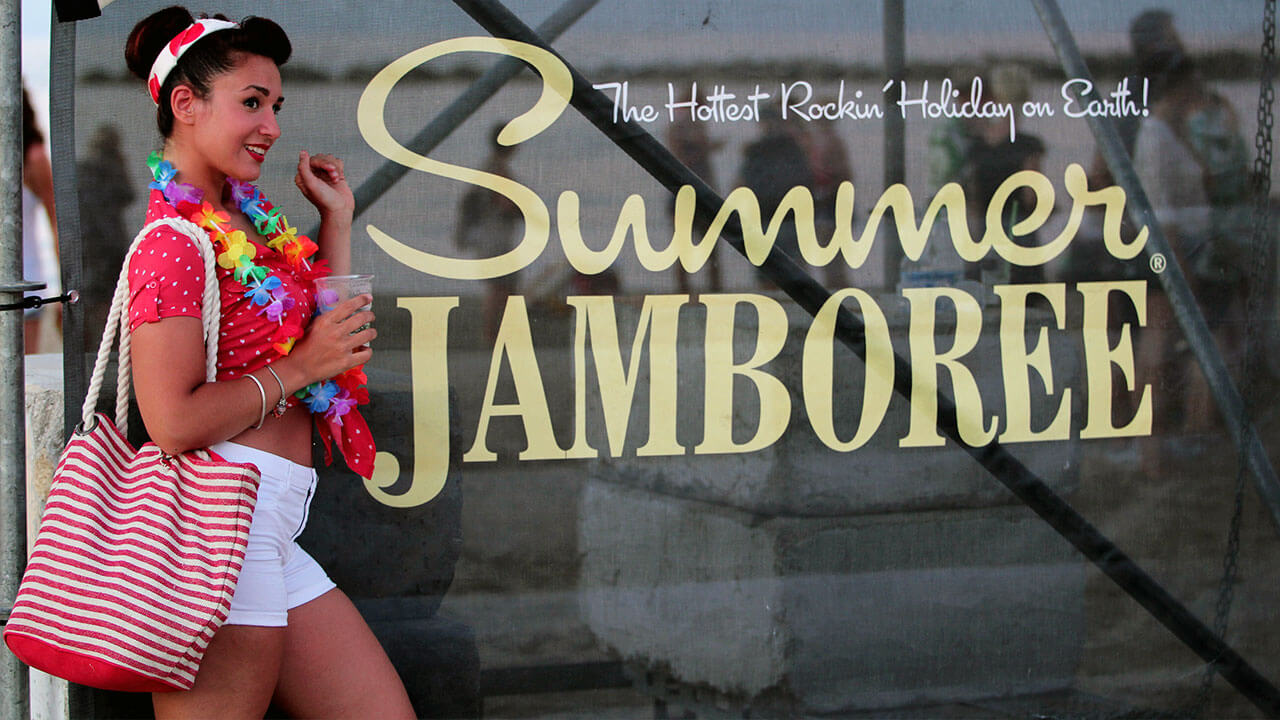